For as long as there have been challenges, there have been heroines to meet them. Women who stretch the boundaries of convention. Who do what others say can't be done. Whose possibilities and achievements seem limitless.

the first female aviators were such women. They crossed time zones and oceans, empowering themselves and all the girls and women who came after them to a future where women lead instead of follow.

Theirs was a world where women traded dresses for trousers and leather flight jackets. Where goggles and leather helmets became the must-have accessories. Where altitude defined attitude. And where a smudge of engine oil on the cheek was a badge of honor.

While old photos and Hollywood may celebrate their unique glamour — a red lip worn with leather, a defined brow and loose waves, boldly colored nails on hands at the controls — these women were much more than a sweetheart squadron. It was their fearlessness and their need to exceed their own expectations that turned them into legends — and brought modern women to the helm of commercial, military and space flight.

The heroines appearing in our timeline are just some of those who led the way. Who blazed indelible paths with their daring and innovation, intelligence and sheer guts. Who all strove for — and conquered — the sky. 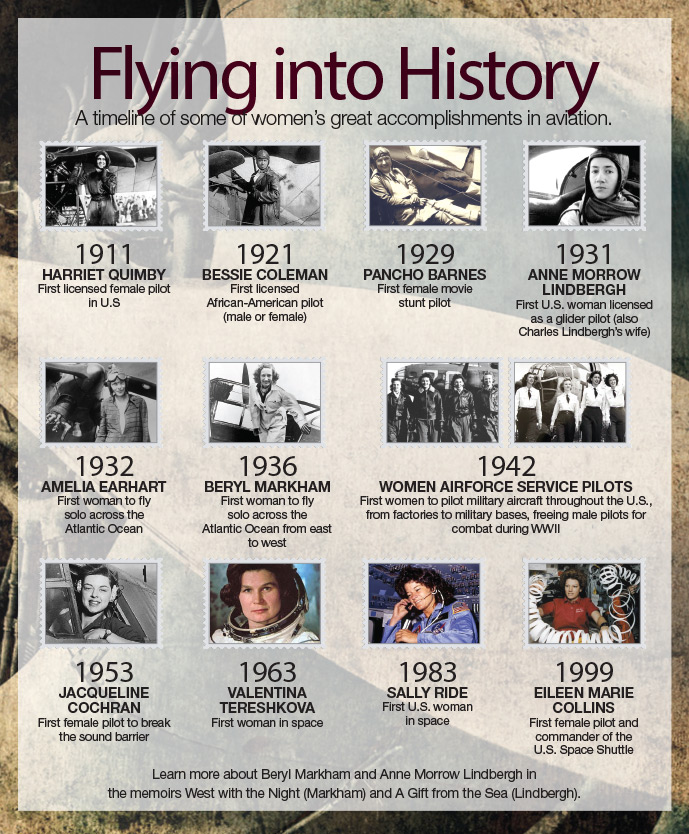