This past April, over 35 magazine editors and bloggers gathered at the historic Crosby Street Hotel in New York City to be pampered by Morgan Taylor. They were treated to a manicure and pedicure using new BareLuxury™ Complete Pedicure and Manicure system from Morgan Taylor. The women chose a scent based on the mood they wanted to achieve and a nail color from one of our new collections. It was a great two-day event filled with plenty of luxury and relaxation all around.

May was an incredible month for Gelish and Morgan Taylor. The brands traveled to Dubai to participate in several PR events as well as the Beauty World Middle East trade show. Over the six-day trip, many events including a dessert safari, salon visit day and a beauty influenced club event were planned to help grow both brands' presence in the Middle Eastern market. Special thanks to our distributor, Fadi Sawaya and his team for making it a great week of growth and fun for Gelish and Morgan Taylor. 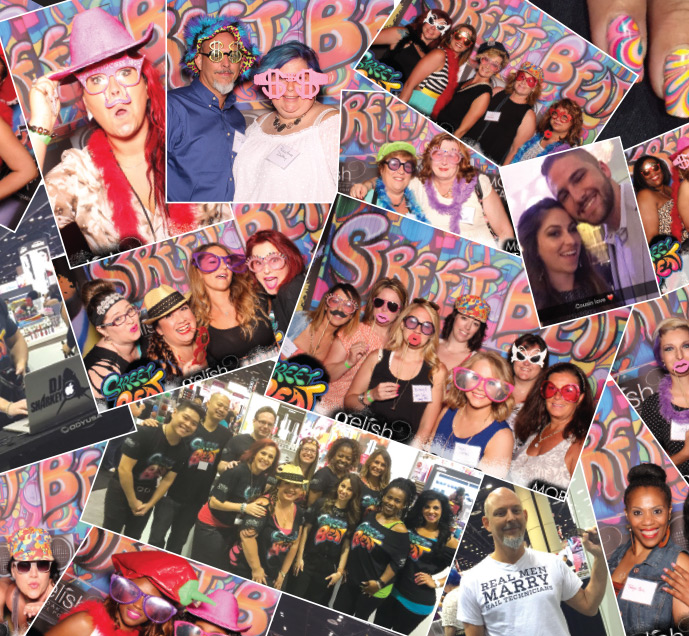 Summer began with a bang as Gelish and Morgan Taylor made a splash at the Orlando Premiere Show. Before the show began, the annual Nail Tech Networking Social kicked things off right! Techs and friends came together to reconnect and check out the new Street Beat collection. Over the next few days, Street Beat was the hit of the show as shoppers came in waves to get their hands on the collection. There was even a DJ playing at the booth during the day to make sure spirits were high and the fun never stopped. Talk about keeping the party going!